The UCA library is hosting the traveling exhibit, “Territorial Arkansas: The Wild Western Frontier” starting today through Sunday, Sept 28. This exhibit tells the history of the Arkansas territory by highlighting different aspects of the life and people of that time. Through fifteen panels, Territorial Arkansas displays artifacts from the collections of the Arkansas State Archives and their branch archives--the Northeast Arkansas Regional Archives in Powhatan, Arkansas, and the Southwest Arkansas Regional Archives in Washington, Arkansas--to interpret the history of this important era. Territorial Arkansas is located prominently in the hallway just west of the Circulation Desk and computer areas. Next time you're in the library, take a moment to walk through the exhibit and learn more about the territorial era of Arkansas history. 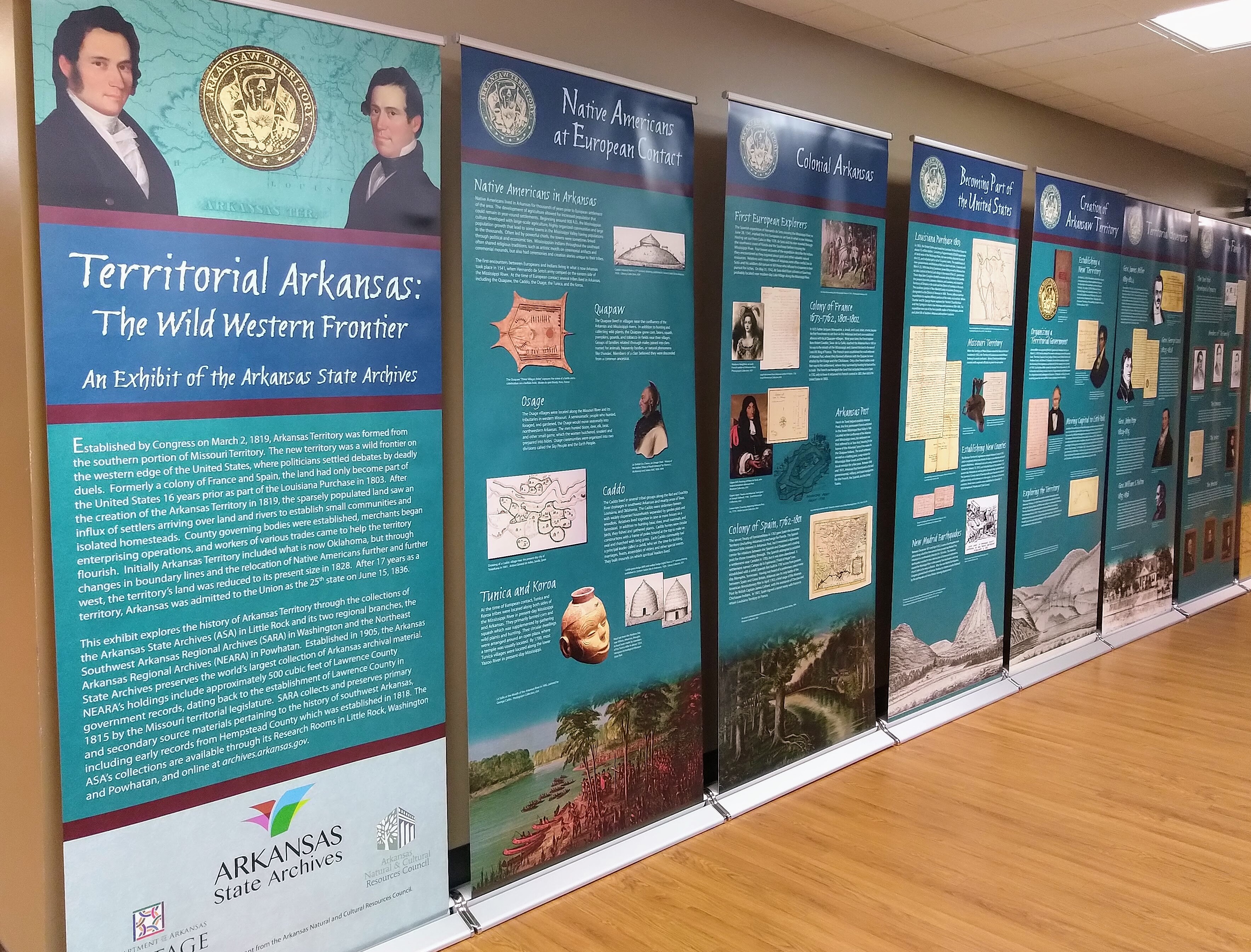 If after visiting the exhibit and being introduced to this era of Arkansas history you would like to explore this topic more, the UCA library has resources which can help. The UCA archives houses numerous books on the topic which can be found by searching the Library Catalog using the keywords “Territorial Arkansas.”